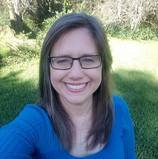 Tracy Neely is a direct descendant of the Chastang, Collins, LaFargue and Jorne families. A life-long resident of Mobile. She began her genealogical adventure 24 years ago to satisfy her curiosity regarding her father’s lineage.  In 2011, she created the Facebook group, Mobile, Alabama Creole Connections as a grassroots effort to cull more information about Mobile’s Creole population.  Since then, she has volunteered in the Mobile County Probate Court Archives with the late, Coll’ette King and increased the momentum in her genealogical studies. She has an M.Ed. in Collaborative Education and provides private residential care in her home. She is also the Librarian and assisting Registrar for the Needham Bryan Chapter DAR in Mobile and a lifetime member of Jamestowne Society. 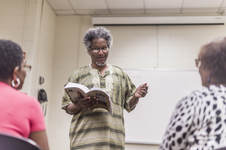 ​Dr. Shawn L. Williams has been an educator for over twenty years, having taught students from the primary grades to the graduate level.  He has worked in the Atlanta and Cobb County Public schools as a teacher and a Reading Specialist.  He also serves as an education consultant in various schools, private and public.  He has taught courses in English Composition, English Literature and Developmental Reading at Morris Brown College, Clark Atlanta University, and Atlanta Metropolitan College.  He has also taught graduate courses at the School of Education at Clark Atlanta University.  Currently, Dr. Williams is an Associate Professor of Humanities and African American Studies at Georgia State University (Perimeter College) in Decatur, GA.

Dr. Williams earned Bachelor of Arts degrees in English and Africana Studies at the University of Pittsburgh (1989).  He holds a Master of Arts in Reading Curriculum (1991) and a Doctorate of Arts in Humanities with a focus on English Literature (2000).  Both graduate degrees were earned at Clark Atlanta University.

Dr. Williams has written several essays in the fields of African American studies and literacy education.  He has lectured and conducted workshops on topics such as nurturing language development in young children, public school curriculum and policy, test-taking, literacy curriculum development, multiculturalism, gender politics, Africana cultural studies, and genealogy.  He is a family historian and genealogist whose ancestral background include roots in Mobile’s African American and Creole communities.

Barja Wilson is an Urban Planner with the City of Mobile’s Planning and Zoning
Department and a native of Mobile, Alabama. She is a graduate of both Spring Hill College and Tuskegee
University, where she received degrees in English and Architecture, respectively. She recently obtained
her Masters from the University of South Alabama in Instructional Design and Development.
Being an avid lover of historic architecture, history, and the arts, Barja began research on her family’s
history a little less than a year ago. Through her research she discovered that she is a descendant of the
Klopner, Juzang, Chastang, Andry, Hereaux, Laurent , Simon, DeVergne, Charot, Parrant, and Favre
Families.
Through her involvement with the MCCHPS she hopes to sharpen her genealogical research skills and
seeks to build new friendships and family connections, as she unites with fellow Creole families and
communities along the Gulf Coast and beyond. 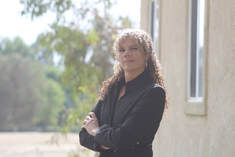 Angela Schusse-Warren or Angie, is also known as AnGeneNee (the GenealoGenie). She has always been intrigued by her own family history, but it was in 1988 when a history homework assignment ignited the fire for her passion to pursue genealogy.  Angie holds a MA degree in Human Behavior and worked professionally as a Counselor in the private sector. Additionally; Angie was an accomplished dancer and aside from majoring in Behavioral Sciences and minoring in Dance, Angie dedicated much of her studies to race, culture and religion. At the close of her undergraduate career, Angie was requested to assist in a post-baccalaureate project on race relations after she delivered a well received lecture on racial identity. This only encouraged her more to research the cultural and racial identities of her ancestors. Exploring her African-American and Creole roots has fortunately lead to many amazing connections and is what has brought her to MCCHPS. In addition to working diligently for MCCHPS and continuing her research, Angie manages a group for descendants of the historical Furlong Tract, which her ancestors help establish. Angie also volunteers as a Counselor for sufferers of Invisible Disabilities and also advocates as a MoveMental Facilitator for Dance Therapy. In between all of this, if she is not planning an event to bring people together, Angie can be found in the dance studio working it all out or letting it all out while taking it all in at the beach with her family.

​Christopher A. Nordmann, Ph.D., is a professional genealogist specializing in African American and St. Louis area research. He is the 1985 recipient of the Louisiana Historical Association’s Presidents’ Memorial Award for the best article of the year in Louisiana History.  His publications include “Basic Genealogical Research Methods and Their Application to African Americans” in African American Genealogical Sourcebook“ and “Jumping Over the Broomstick: Resources for Documenting Slave “Marriages”’ in National Genealogical Society Quarterly 91 (September 2003): 196-216.  For many years he has been researching free people of color in “Latin” Alabama, Mobile and Baldwin Counties, reconstructing all aspects of their lives from birth to death. He serves as the NGS Quarterly review editor. His dissertation, "Free Negroes in Mobile County, Alabama", and items related to Mobile Creoles may be found on his website “Finding African American Ancestors” at http://findingafricanamericanancestors.weebly.com/. His two articles "Runaway Slaves," and "Freedmen's Bureau in Alabama" appear in the online Encyclopedia of Alabama at ​http://www.encyclopediaofalabama.org/article/h-2125 and ​http://www.encyclopediaofalabama.org/article/h-1447

The Rev. Greg Schaefer is a descendant of the Arlu, Chastang, Cheval, Collins, Colon, Durant, Favre, Gabriel, Juzan, Laurent, Rochon, Soto, Trudeau, and Wiltz families. A California native himself, he is new to Mobile research and appreciates the history and camaraderie involved in the MCCHPS. Greg is Pastor of University Lutheran Church in Palo Alto, California, and is a doctoral student at San Francisco Theological Seminary.

Linda Blakely Andry is a native of Escambia County, Alabama. She is a veteran of the United States Air Force and US Air Force Reserves, respectively, with 22 years of combined military service. In the early stages of her active duty career she served overseas in support of Operation Desert Shield and Operation Desert Storm.  She obtained her Bachelors from Ashford University in Business Administration. She is recently retired from a 21 year career with a major retailer where she served as a Bankcard Administration Manager of Finance.